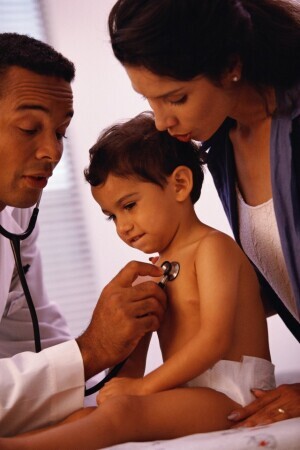 Chaperone policies lacking
Despite recommendations, only about half of acute hospital trusts in England have a formal chaperone policy in place, according to research published Wednesday in Postgraduate Medical Journal.

The study's authors warn that not implementing a chaperone policy could have "severe medico-legal repercussions in the future." In 2004, the Ayling Inquiry, triggered by the case of family doctor Clifford Ayling convicted of sexual assault on female patients, recommended that acute hospitals put in place an explicit and adequately resourced and managed chaperone policy to ward off potential sexual misconduct in the exam room.

The British researchers surveyed all of the medical directors of acute hospital trusts in England in 2005 and 2007 to determine whether they had implemented a policy by the end of the respective years. It turns out chaperone policies were not nearly as prevalent as hoped.

Of the hospital trusts that responded, the proportion of hospital trusts with a chaperone policy increased from just 41 percent at the end of 2005 to almost 57 percent by December 2007.

The researchers found that only half of the hospital trusts without a policy in 2007 said they planned to implement one, and just more than 17 percent had accredited training for chaperones in place. Forty-two percent had no designated management lead.

In the United States, no state requires a chaperone policy in a hospital setting, but hospitals may choose to implement one, said Matt Fenwick, associate director of media relations for the American Hospital Association. He said there is no policy here like ones found in England.

A 2009 study published in Child Abuse & Neglect found that 99.6 percent of offers for a non-parent chaperone during a child or teen exam were declined, but offers "were appreciated," the researchers wrote.

"A policy that patients are free to make a request for a chaperone should be established in each health care setting," according to AMA.