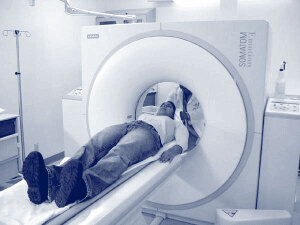 Radiation dose concerns
drive California legislation
In a move to protect patients from excess radiation exposure during CT scans, the California State Assembly last week approved a bill that would require radiation dosage levels to be recorded on the scanned image and in a patient's health record, as well as reporting those doses to patients, their physicians and the California Department of Health.

The bill would also require the same kind of monitoring and reporting on therapeutic X-rays used to treat cancer, and require that facilities offering CT and X-ray services be accredited by an organization approved by the Centers for Medicare and Medicaid Services, an accrediting agency approved by the medical board of California, or the state Department of Public Health.

"The fact that these overdoses continued for 18 months speaks to the urgent need for protocols and safeguards to prevent overdoses in the future," said Sen. Alex Padilla (D-Pacoima), who authored the bill, in prepared remarks. "SB 1237 will provide physicians the information they need to track dosage levels and prevent patients from receiving overdoses of radiation."

The California Radiological Society, which has been working with Padilla, sponsors and the health department, says it's neutral on the bill but recognizes its importance.

"I think with what occurred in California, there was a need to improve the current regulatory structure, and I think the bill has expanded as it moves through the Assembly," says Bob Achermann, executive director for CRS. "[Last year's events] are what caused the most need for reform and change."

But with all eyes on the federal conversation about CT radiation dose, Achermann and the CRS prefer the state legislature wait to see what happens at the federal level.

"But California waits for no man, in terms of legislation," says Achermann.

If passed, the legislation won't go into effect until July 1, 2012, giving the state time to look at the federal government's actions and conform to those, says Achermann.

"This is livable," he says of the bill, "and that's the most important thing. We have some time to let the issue evolve with [the bill]."

The bill will go to the Senate for another vote before going to Gov. Arnold Schwarzenegger for a signature.