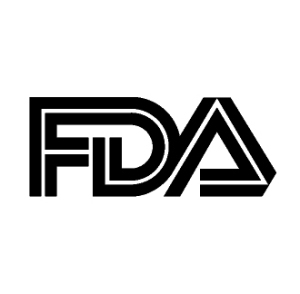 The U.S. Food and Drug Administration's Center for Devices and Radiological Health spoke with medical device makers and other stakeholders in the industry Tuesday in an effort to confront concerns with the overhaul of the medical device approval process.

"By increasing the predictability, reliability and efficiency of the review process, we can help provide better treatments and diagnostics to patients more quickly and stimulate...development of promising new technologies," said Jeffery Shuren, CDRH director, during a question-and-answer Webcast.

Concerns have been raised on both sides of the fence regarding the FDA's 510(k) clearance process. Health care professionals and patient groups worry that the process allows devices to enter the market without adequate evidence that the device is safe and effective.

Device manufacturers argue that stricter policies will halt innovation and slow the entry of life-saving technologies into the market. These companies also argue there is a lack of transparency, consistency and predictability in the process.

The federal watchdog agency released recommendations in August to revamp the 510(k) process, which covers moderate-risk, class 2 devices that are essentially equivalent to already cleared ones.

A big change proposed by the agency was cleaving the process into two parts, establishing the new class 2b for slightly riskier "devices for which the center generally would seek clinical and/or manufacturing data," Shuren said.

The FDA holds that this added class would actually help device companies better prepare for the clearance process.

"This doesn't change what we would currently expect of devices, but it allows for upfront transparency by identifying in advance, to the extent that we can, those devices we would expect to receive this kind of data for," Shuren said.

But the discussion held Tuesday gave the public a chance to voice its opinion, and the CDRH to make its case.

For a start, Shuren tried to ease worries that stakeholders wouldn't have any input into what falls under class 2b.

"What we plan to do is to issue draft guidance and get public comment on that before we would go out with final criteria," he said.

And the CDRH hit home the fact that as technology and medical devices evolve, the processes that test their safety and efficacy must also evolve.

"As you know, we operate within an ever-changing scientific landscape," said Shuren. "As new scientific information emerges about the risks or benefits of a given device type, we must be prepared to modify our treatment of that device type accordingly."

When it comes to the process being transparent and predictable, the CDRH recommends establishing a public, searchable online database that would contain summaries of 510(k) decisions.

"Manufacturers, patients and practitioners can see why we made a particular decision for a particular device," explained Shuren. "What data did we rely on."

Brendon Nafziger contributed to this report.