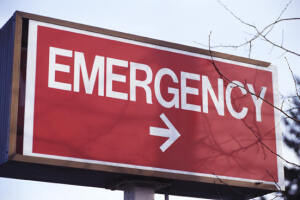 Patients in the emergency department who are dismissed without extensive follow-up tests after a negative cardiac CTA exam are unlikely to experience an adverse cardiac event, according to new research published today in the October issue of the American Journal of Roentgenology.

Researchers from the University of Washington in Seattle studied nearly 100 patients with low- to moderate-risk chest pain to find that a negative cardiac CTA scan is enough to dismiss patients without worry of an adverse cardiac event.

"This is what we expected," says Janet May, co-author and research scientist in the radiology department. "I would have been surprised if patients had [adverse] events."

The research comes as a follow up to one of May's previous studies, which found that patients with low-risk chest pain who are discharged based on a negative cardiac CTA scan, enzyme tests and ECG can significantly reduce the length of stay and hospital charges, compared with the standard of care. But the most recent study also included patients with moderate-risk chest pain.

The patients studied for this research received negative scans, but for the purpose of the research, underwent the standard of care, which includes follow-up tests and can last up to 30 hours. They were interviewed three, six and 12 months after discharge about intervening cardiac events, diagnostic testing and therapy.

"They didn't report any symptoms or events," says May.

Generally, patients in the emergency department who receive a negative scan should be sent home, which is after a period of about 12 hours, explains May. While that practice is routine now, during the study period - August 2006 to May 2008 - it wasn't very common to do a cardiac CT scan and let the patient go after a negative test, says May.

"Things have changed a lot," she says. "During that period, especially, cardiac CT was so new. But by the time research gets out there, we're onto something else."

"Definitely, a larger population study is needed," she says. "Thousands of patients need to be followed with low- to moderate-risk [chest pain.] That research is definitely going on."