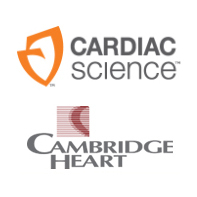 The MTWA is a noninvasive test that detects the risk for sudden cardiac arrest.

"The partnership with Cardiac Science...allows our technology to be marketed to a much broader number of cardiologists and internal medicine practices," said Ali Haghighi-Mood president and CEO of Cambridge Heart, in prepared remarks.

The module integrates with both new and existing cardiac stress testing systems and cardiac monitoring systems, the company said. Cambridge Heart's MTWA test is the only one of its kind to be reimbursed through Medicare.

How COVID-19 has impacted the servicing of essential medical equipment