Almost half of research imaging turns up incidental findings

Almost half of research imaging turns up incidental findings 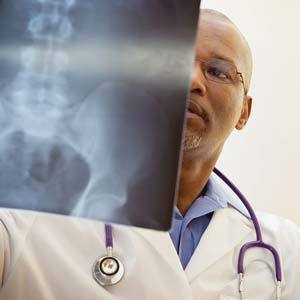 Nearly half of patients receiving medical imaging for clinical trials get an added surprise - the discovery of a tumor or infection unrelated to the study but potentially important for their health.

According to a paper published Monday in the Archives of Internal Medicine, radiologists detect an incidental finding in around 40 percent of patients undergoing medical imaging for research.

The researchers, led by Dr. Nicholas Orme, of the Mayo Clinic in Rochester, Minn., evaluated medical records of 1,426 patients who underwent an imaging procedure as part of a 2004 study. Each image was interpreted by a radiologist the day it was performed, and an expert panel reviewed all IFs that resulted in a clinical action during a three-year follow-up period.

Of the research imaging exams, an IF occurred in 567 - 39.8 percent - of them. The researchers reported that the risk of an IF increased with age. Further, more IFs were found in patients undergoing computed tomography scans of the abdomen and pelvic area than any other procedure, followed by CT scans of the chest and magnetic resonance imaging of the head.

"It makes sense that a CT of the abdomen and a CT of the pelvis [would show more IFs] because they give a lot of detail about a patient's anatomy," he said.

What was surprising, Orme said, was how in most cases, it was hard to see whether there was a harm or benefit in investigating IFs. Orme predicted there would be a larger swing toward benefits.

In some cases, detection of something that warranted further attention wouldn't necessarily have happened without patients undergoing research imaging exams, said Orme.

"It's difficult to say across the board," he said. "In some instances, they probably would have been found and our research studies maybe gave lead time. However, I think there are a couple examples where I don't think that an incidental finding would have been picked up as early [if not through the research]."

In an accompanying editorial, Dr. Bernard Lo of the University of California, San Francisco pointed out that ethical concerns may arise when a researcher learns information about a patient that is not relevant to the research but may have "important clinical implications" for that patient.
1(current)
2