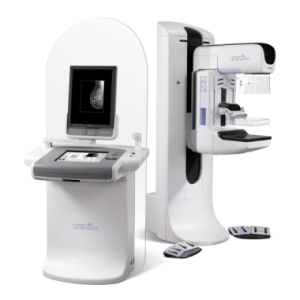 The panel also voted that the benefits of the new technology outweigh risks.

"I speak for all of Hologic in voicing great satisfaction that the FDA panel has weighed in so positively in favor of this valuable new tool in the battle to limit breast cancer mortality," said Jay Stein, co-founder and chief technical officer of Hologic, in a statement e-mailed to DOTmed News.

The system, which Hologic says has the potential to reduce recall rates and improve cancer detection with its 3-D technology, had been under FDA scrutiny, with experts questioning the device's safety.

The Mass.-based company has been trying to get FDA approval for the imaging system since 2008. Selenia Dimensions 3-D is available in countries in Europe, Latin America, Asia. It is also available in Canada and Mexico. The company's 2-D system, which can be upgraded to 3-D if and when the product is approved by the FDA, is available in the United States.

Moving forward, Hologic will work with the FDA to approve the system. And although Friday's panel vote is merely advisory, it will be considered in the FDA's final review, the company said.

"We look forward to working with the FDA to help complete the review process and bring this important new tool to radiologists to help save more women's lives," said Rob Cascella, president and chief executive officer, in prepared remarks.