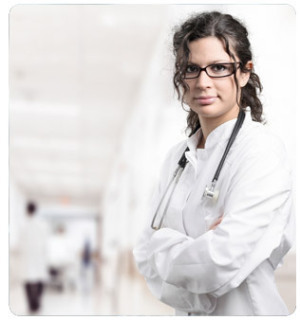 Doctors groups urged Congress to delay a scheduled 30 percent cut to Medicare payments through next year, while warning that "hundreds of thousands" of physicians might re-examine their "current relationship" with the system.

The American Medical Association and a slew of professional societies sent a letter Wednesday to House Speaker Nancy Pelosi (D-Calif.) and Minority Leader John A. Boehner (R-Ohio) asking them to extend a freeze on the cuts scheduled to start expiring in two months.

The groups want Congress in the first week of its "lame-duck" session in November to continue freezing the cuts through 2011, while working toward a permanent repeal.

The pressure comes as long-punted Medicare pay cuts are coming around once again, as doctors face Medicare and Tricare payment cuts of around 23 percent at the end of November, and then in January, another 6.5 percent cut.

The cuts were last due to take effect this summer, but a "doc fix" bill hurriedly passed by Congress in June delayed the cuts by only six months. The Senate balked at the price tag of a bill that cleared the House that would have delayed the cuts until December 2011.

In the letter, the AMA said the last-minute passage of stop-gap measures - the Senate passed the June bill the day the cuts were set to strike - was "highly disruptive."

"[T]hese steps did not protect physician practices from all the consequences of the repeated Congressional delays," the doctors groups said. "Many practices were forced to seek loans to meet payroll expenses, lay off staff or cancel capital improvements and investments in electronic health records and other technology. Furthermore, when payments resumed, many physicians experienced long delays in receiving retroactive adjustments."

The groups note that the current round of pay cuts are scheduled to take effect around the time doctors choose whether to opt for "non-participating status," which lets them collect slightly higher fees from Medicare though at the cost of directly billing the patients.

"Hundreds of thousands of physicians will be considering whether they can continue accepting Medicare rates at the same time that massive payment cuts are scheduled to take effect," the AMA wrote in its letter. "We can anticipate that many physicians will be examining whether it makes any sense to continue their current relationship with Medicare given the severe disruptions of the past year."

The cuts come from the controversial sustained growth rate formula designed to hold Medicare payments in line with the rest of the economy, as required by the Balanced Budget Act of 1997. However, except for in 2002, proposed cuts to physician fees demanded by the SGR were nixed by congressional intervention every year.

It's believed a permanent repeal of these cuts, long advocated by doctors, would cost more than $200 billion over the next decade.