CAD on the rise in mammo 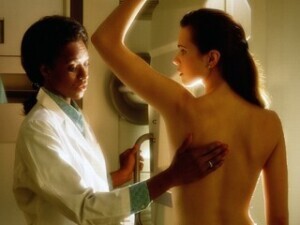 The use of computer-aided detection for mammography is on the rise, with the number of exams using this controversial tool almost doubling over the past few years, according to an article in the October issue of the Journal of the American College of Radiology.

Researchers from Thomas Jefferson University Hospital in Philadelphia saw the rise after poring over screening and diagnostic mammography codes (film and digital) for CAD from the Medicare Part B Physician/Supplier Procedure Summary Master Files between 2004 and 2008.

"By 2008, CAD was used in about three quarters of all screening exams and half of all diagnostic exams," Dr. Vijay M. Rao, lead author of the study and chair of the department of radiology at Jefferson, said in prepared remarks.

"[W]hile there remains debate over the efficacy of CAD, it is apparent that radiologists are increasingly utilizing this technology and that it is becoming standard practice in breast diagnosis," Rao said.

The results echo a study from June that also found more widespread adoption of CAD, possibly linked to Medicare's decision to cover the tool. In that study, the use of CAD for screening mammography leapt from 5 percent of Medicare-covered exams in 2001 to 27 percent in 2003, after Medicare decided to pay for the procedure.

But CAD is still somewhat controversial among radiologists and payers, as not everyone is convinced it's cost-effective for helping detect more cancers in real-world clinical settings.

A meta-analysis published in 2009 in the Journal Archives of Gynecology and Obstetrics suggested that for every 100,000 women screened with CAD, 50 extra breast cancer diagnoses would be made. However, this would also lead to 1,190 more false positives, with an additional 80 healthy women biopsied.

"We're still a little bit in the dark about the balance of the benefits and harms of this technology, even nine years after the coverage decision," Dr. Joshua J. Fenton, an assistant professor of the department of family and community medicine at University of California, Davis, told DOTmed News in June.