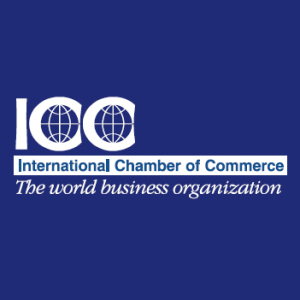 In order to make international business deals less of a headache, companies often turn to the International Chamber of Commerce's Dispute Resolution Services.

Today's membership of the ICC includes thousands of businesses across the globe, including UPS, Siemens, Sony and American Express. The organization, founded after WWI by what Sudborough calls "merchants of peace," works to promote cross-border trade.

"The ICC is located around the world, which is part of the reason why it's an influential organization," says Sudborough.

Sudborough and her team work specifically within the dispute resolution department, which administers not only arbitration - a process in which the parties receive a binding ad enforceable decision from an arbitral tribunal without going to court - but also amicable dispute resolution (ADR), expertise, dispute boards and DOCDEX proceedings.

Through ADR, parties settle disputes amicably often through a mediator - rather than being bound by the win-lose decision of a third party. Disputes through ADR can also be settled through conciliation, neutral evaluation, mini trial or a combination of these techniques. The ICC's rules for expertise allow parties to seek an expert's opinion in a dispute or on any other business matter. The group's dispute boards provide a way to set up a panel that exists throughout the performance of a contract to prevent disputes or resolve them as they arise.

When it comes to health care, Sudborough's department sees a lot of requests from the industry. Often, disputes arise over contracts regarding medical equipment, licensing or service agreements, says Sudborough.

Recently, one health care group requested an expert to evaluate the market value of robotic endoscopy, as parties were disagreeing over the value of the machine, says Sudborough. Or in another case, a company that wants to buy another company not listed on the stock exchange could turn to an expert to get the value of that company.

"Our service touches the health care industry when parties have disputes," says Sudborough.

The ICC recognizes that it takes a long time for companies to develop relationships with each other, and the group wants to avoid seeing those relationships flounder while settling a dispute.

"When they enter into a dispute, they probably want to resolve it quickly and privately so other potential clients or business don't hear that they're in a dispute," says Sudborough. "It preserves the existing business relationship."

In addition to businesses saving face during a dispute, turning to ADR and its services can save businesses a lot of money. The average total cost of ADR proceedings in 2009 was less than $20,000, which is a small sum for the resolution of an international business dispute compared to other dispute resolution techniques.

Small- and medium-size businesses, says Sudborough, want to avoid a big legal budget to resolve any disputes that arise.

The ICC's dispute resolution services are becoming more popular around the globe. For example, between 2008 and 2009 the number of ADR cases doubled.