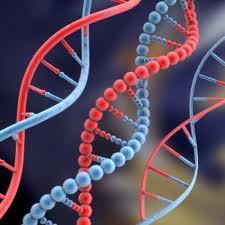 In a study published online Tuesday in Genome Research, the scientists say they've identified five genes possibly linked to the sensitivity of cancer cells to radiation.

The finding could help tailor therapies to be more effective, the researchers said.

Radiation therapy is used to blast cancer in nearly half of all cancer cases. However, some patients' cancers respond more readily to the treatment than others. Radiation dose, volume and fraction influence the responsiveness of the cancer, but likely so do genes. Nearly 80 percent of the variation of the between-individual response of normal tissue to radiation could be due to genetic factors, the researchers said.

They then checked likely gene candidates against several cancer cell lines, for cervical, pancreatic and lung cancer, measuring how toxic the radiation was to the cells.

The researchers found five genes that appeared to alter radiation sensitivity in at least two cancer lines, with the variation of the area under curve of toxicity to radiation due to the genes being around 11 percent.

However, two genes stood out for affecting all four lines. These genes aren't strangers to cancer linkage. One gene, BORA, occurs on a portion of the genome that's a commonplace for somatic deletions in malignant tumors, the group said. The overexpression of the other, TPD52, known as tumor protein D52, is linked with white blood cell radiosensitivity in breast cancer patients.

"[A]lthough variation in radiation response might result from multiple gene effects and, possibly, gene-environment interactions, our results provide important insight into novel genes and mechanisms that may contribute to variation in response to radiation therapy," the authors concluded.

Nonetheless, the study is a genome-wide association one, meaning it looks to find mutations across the whole genome associated with a specific condition. And statisticians note the large number of variables means the chance of a false positive is high.

Dr. Phuoc T. Tran, an assistant professor of radiation oncology with Johns Hopkins School of Medicine, cautioned that he would like to see the study repeated with a bigger sample pool.

"The identity of these novel 'low-risk' genes may be useful to predict normal tissue and cancer cell radiation responses in the future, but these data need to be replicated using a much larger sample size," Tran said in an e-mail message to DOTmed News. "[T]here are undoubtedly many additional 'low-risk' radiation sensitivity genes that need to be discovered before...genome-based radiation sensitivity risk assessment is a reality."