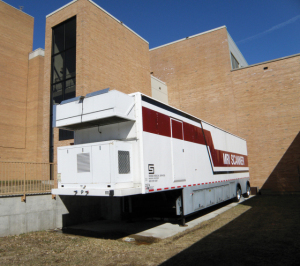 With hospitals struggling to pay bills, construction and upgrading equipment has become an afterthought. With fewer construction projects planned, the need for mobile services has also waned. But some mobile service providers have taken steps to diversify their offerings to offset the current trend.

This effort has led them to remain cautiously optimistic, yet the current facts still remain troubling. For example, a 2010 report from the Health Facilities Management and American Society for Healthcare Engineering found that total spending for hospital construction at the start of the fourth quarter in 2009 was $33 billion, down 26 percent from the 2007 and 2008 averages. One out of every six hospitals surveyed stopped construction progress in 2009 because of economic conditions. Needed upgrades were also halted.

Another 36 percent of respondents said they reduced the scope of their projects planned or in progress, and 32 percent didn’t move forward with planned projects.

That cutback has been felt by mobile service providers like Medical Imaging Resources. The company, which offers MRI, CT, cath/angio and nuclear medicine services, has noticed the slowdown in hospitals purchasing new equipment and planning construction projects.

While the company’s leasing specialist, Jordan Brinker, can’t indicate any one particular service that is gaining or losing interest there’s a general slowdown in the number of projects, he says.

“I wouldn’t say the brakes have been thrown on [business],” says Brinker, even though he notes that, “a lot of people are not buying new products. The turnover is not there.”

Trailers housing equipment can be set-up at different sites, including hospitals, imaging centers or even somewhere public — an especially popular option when it comes to mobile mammography. Smaller, rural and community hospitals often turn to mobile services due to lack of space and money to purchase their own equipment.

As a whole, mobile service providers are holding their own, with some noting an increase in business over the past year and others turning to the international market to grow their business.
1(current)
2
3
4
5