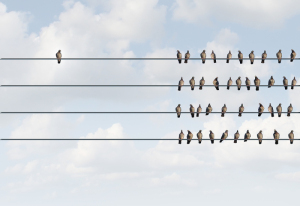 Radiologist Dr. Nathan Hall was just 41 years old – certainly not a senior, but old enough to make the claim that he was the victim of age discrimination, and to win a settlement from former employer Ohio State University Wexner Medical Center.

OSUWM will pay Hall $100,000 to settle his 2015 suit after the Ohio Court of Claims approved the deal this month. The institution admitted no wrongdoing, however.

Hall complained that “criticism" and “arbitrary and (and unattainable) productivity demands” started when Dr. Richard White was hired as the chair of the Radiology Department in 2010, according to a report in campus publication The Lantern.

He also alleged that White supported “guys that are early (in their careers),” the news site stated.

He also stated in his 2013 complaint that White stated he wanted “all tenure track faculty members over 40 years old to consider voluntarily coming off the tenure track to ‘get ahead’ on the clinical track.”

Hall stated that he had received positive performance reviews prior to White's hiring and successfully hit all productivity goals in his employment agreement, according to The Columbus Dispatch.

When OSU looked into Hall's claim, after he filed an internal complaint of harassment with the university's human resources department, it determined that the instances of “harassment” he raised were “trivial.”

In the Court of Claims complaint, he said he was “unable to continue working in a hostile work environment wherein he was subject to unlawful age discrimination, harassment and retaliation.”

After filing his complaint, Hall was replaced as division chief by “a substantially younger individual,” he claimed, noting that she was in her early 30s and he felt that she lacked “experience and expertise” comparable to his own.

In his filing he stated that the university's “discrimination and retaliation” stemming from “his age and opposition to age discrimination” led him to lose his “career and educational opportunities,” and a “loss of reputation, humiliation, embarrassment, and mental and emotional anguish and distress.”

Neither party responded directly to the news media, although medical center senior public affairs manager Marti Leitch emailed The Lantern stating, “both parties felt this settlement was a fair resolution to bring closure to the matter.”

Discrimination in the health care sector was in the news in June, when a large study showed pay gaps based on gender and race.

The findings, which some critics did find controversial, come from a study led by Ruth L. Newhouse and Anupam Jena of Harvard Medical School, which was published online in the BMJ. It looked at income broken down by race and sex and the researchers concluded that their findings "highlight large disparities in income between white and black male physicians, and even larger disparities between male and female physicians."