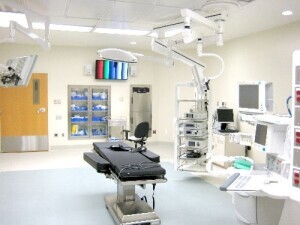 The operating rooms are equipped with advanced technology that has the ability to conduct complicated surgeries. The new surgical area has 33 recovery beds and a large waiting area.

"As an ambulatory surgery center based at a tertiary care hospital, we can do more complicated surgeries on older patients, including those with co-morbidities, or a greater level of illness," said Dr. Isaac Lowenwirt, the medical director of the hospital's ambulatory surgery unit, in prepared remarks. Lowenwirt is also the associate chairman of the department of anesthesiology.

"This new facility and everything we have invested in it gives us an opportunity to increase the number of people we can care for - safely, conveniently and close to where they live or work," said Stephen Mills, the hospital's president and CEO, in prepared remarks.