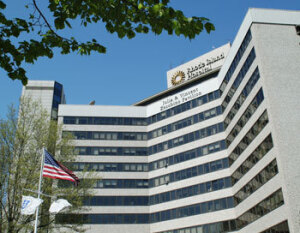 A Rhode Island hospital was fined $300,000 by the state for leaving a broken drill bit in a patient's head for two days following brain surgery, according to state officials, and local media also report a separate case at the hospital where forceps were left in a patient for three months after surgery.

The R.I. Department of Health (HEALTH) said a joint investigation with the Center for Medicare and Medicaid Services uncovered that staff at the Rhode Island Hospital in Providence didn't follow its own rules as part of a "troubling pattern of disregard of policies designed to address patient safety."

"While the hospital's policy for surgical counts appears to be appropriate and the rate of [retained foreign objects] after surgery does not appear to be greater than the national average, the significant problem we identified, once again, is the failure of RIH staff to follow hospital policy," HEALTH said in a letter to hospital CEO Timothy J. Babineau on Tuesday.

State officials said that despite realizing that a drill bit broke during surgery, the surgeon and other staff did not take an X-ray of the patient to make sure it wasn't left in the head, as required by hospital policy. Also, the surgical count after the operation was reported as normal.

The patient had undergone surgery in August, HEALTH said.

Separately, WPRI Eyewitness News said Wednesday it had confirmed that hospital staff left a pair of forceps in a patient's abdomen following surgery on July 13. The tool was later discovered Oct. 15, during diagnostic imaging for an unrelated condition.

In a statement on the hospital's website, Babineau said the hospital takes these findings "extremely seriously" and has assigned a team to review safety procedures.

"Everything is on the table in our review," he said.

HEALTH said the hospital must submit a correction plan by Nov. 10 and pay up by Nov. 24.