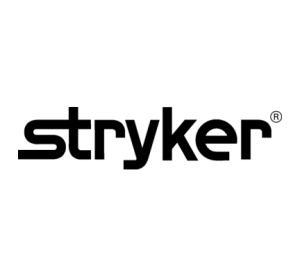 Stryker Corp. announced Thursday it will pay $1.5 billion cash for Boston Scientific Corp.'s neurovascular business, a deal which has been rumored to be in the works since August.

The first $1.4 billion will be paid in cash upon closing and the remaining $100 million will be due after the closing and upon the commercialization of the next-generation Target Detachable Coil and the transfer or separation of certain manufacturing facilities, expected to take place in the next two years, according to the companies. The deal is expected to close during the fourth quarter.

"The sale of our neurovascular business is part of our overall strategic plan that will refocus our portfolio to, amongst other criteria, leverage existing sales forces with least invasive, cost and comparatively effective medical devices that reduce or eliminate refractory drug regimens," said Ray Elliott, president and CEO of Boston Scientific in prepared remarks. "The proceeds from this sale will allow us to invest in future growth opportunities more aligned with that strategy while also reducing overall debt leverage."

With the new acquisition, Stryker is looking ahead to launching a series of next-generation neurovascular products with enhanced features and benefits, expected to drive accelerating top line growth, Stryker said in a statement.

"Going forward, the proposed acquisition allows us to substantially broaden our product offerings and relevance to these customers and over time, we believe will afford us with a unique competitive advantage," said Stephen MacMillan, Stryker chairman, president and CEO, in prepared remarks. "We are highly enthusiastic regarding the prospects for Boston Scientific neurovascular's next generation portfolio of coils and other diagnostic and therapeutic devices, which are expected to provide the opportunity to regain momentum and return to market leading growth."

Health care investment bank Leerink Swann says the deal seems to be a positive one for both companies.

"The deal sharpens Boston's growth focus on the rest of its portfolio and adds to the company's financial flexibility by allowing Boston to further reduce debt and provide additional funds for more targeted growth acquisitions," wrote Leerink Swann's Rick Wise in a letter to investors.

"The neurovascular division's new product pipeline is starting to bear fruit-- the Target detachable coil launching post FDA approval last week and other new product launches slated over the next 12 to 24 months," Wise wrote. "This should help [Stryker] achieve [its] expected goal of returning the business to 'at or above market growth rates by 2012.'"