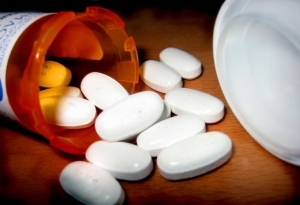 Many health insurance companies, since 2006, have stopped serving the low-income segment of the Medicare Part D program, as the reimbursements are lower than the actual costs incurred, forcing millions of beneficiaries to change prescription drug plans, according to a Health Affairs report published online Thursday.

The report explains that although the system was designed to encourage competition and subsidize care for low-income Medicare patients, it has caused companies to increase their premiums in an effort to get themselves out of the low-income segment of the Part D market.

Medicare Part D prospectively pays private insurance companies to provide prescription drug coverage. The payment is risk-adjusted based on each patient's diagnoses from the previous year. While most Medicare patients choose an appropriate Part D plan and pay an individual premium, in addition to the amount paid by Medicare, Medicare partially or fully subsidizes premiums and copayments of low-income beneficiaries. These patients are also assigned a less expensive plan.

"The original hope was that private plans would compete for all Medicare patients by lowering premiums or at least limiting premium increases. The lower-cost plans would benefit by attracting more patients overall and also by receiving generous subsidies for covering many low-income patients," said lead author Dr. John Hsu, of the Mongan Institute for Health Policy (IHP) at Massachusetts General Hospital, in prepared remarks. "Unfortunately, this hope has not become reality. Instead, the system induces companies to play 'hot potato' with the poorest of our elderly."

"Our findings highlight the critical need to monitor and refine the actual incentives of Part D, as well as to watch for unintended consequences," the researchers wrote. "In effect, post-market surveillance of Medicare policy is needed."