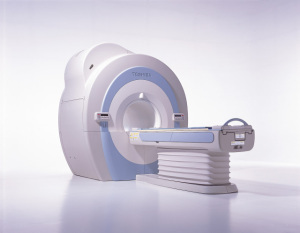 Two images were presented to a skeptical radiologist at Little Company of Mary, a nonprofit, Catholic, community hospital. The angiography results for the images mirrored each other. "Alright, you have my attention," he told Kate Erickson, manager of imaging services at the hospital.

One image had been acquired using contrast, the other without. The results were so convincing that the hospital made the decision to go without contrast agents for many of its procedures.

"Non-contrast is a different way of approaching an MRI scan – it’s based on what the patient’s heart is actually doing, not on parameters plugged in," says Erickson.

Although GBCAs are usually safe for the millions of patient who receive them every year, they are not risk-free. “It’s fair to say contrast agents, as injectionable drugs, do carry a risk of adverse reactions,” says Mark Hibberd, senior medical director of global medical affairs and pharmacovigilance for Lantheus Medical Imaging, a leading manufacturer of contrast agents. “Some of the newer agents are better, but adverse reactions can still be significant.”

Last year, the FDA required updates to warnings on contrast packaging to drive home the risk of nephrogenic systemic fibrosis, a rare and debilitating disease first discovered in 1997 and linked to the use of GBCAs on patients with compromised kidney functions.

Although reports of the connection trickled out, it wasn’t until June 2006 that the FDA released its first public health advisory acknowledging the relationship. By May 23, 2007, the agency requested a “New Warnings” section be added to packaging acknowledging the risk of NSF. Currently, the registry for the International Center for Nephrogenic Systemic Fibrosis has recorded over 355 identified cases of the disease. Further research into both prevention and cure is ongoing.

However, as Hibberd points out, agents are by no means created equal. “The ones used for CT and angiography are very different than MR, which is different from ultrasound, with ultrasound easily the safest. Iodinated contrast is the most dangerous, but within the class there’s subtle differences. In nuclear cardiology the safety tends to be very good. There’s obviously radiation exposure, but it’s kept to the absolute lowest level necessary.
1(current)
2
3
4
5