Special report: Problems at the pump

Special report: Problems at the pump 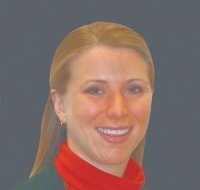 Over the past six or seven years, in addition to delivering nutrients and medications to patients, infusion pumps have delivered some major headaches for health care providers and some manufacturers with a number of recalls taking place during that time.

One of the industry’s most traumatic recalls is actually still ongoing. On Jan. 23, 2009, the Food and Drug Administration sent a letter to Baxter International Inc. ordering the recall and destruction of all its Colleague volumetric infusion pumps in use in the U.S. Baxter issued a Class I –meaning there was risk of serious injury or death – in response. The recall took place after the company identified software and battery failures that result in a delay or interruption of infusion that may cause serious injury or death, according to the information provided on the FDA website.

But many of these pumps are still in use. The recall made allowances for hospitals and facilities that filled out paperwork saying they needed to continue using the pumps for patients. However, the FDA required that even this extended use would have to end by July 14, 2012.

The recall, which the FDA estimates at 200,000 units, left many hospitals scrambling for a stop-gap, with some taking the SIGMA Spectrum infusion system distributed by Baxter as a replacement. Others turned to different manufacturers, either terminating their lease or receiving cash back for their recalled units.

Problems squared
Some hospitals chose to turn the clock back and return to older tried-and-true units. The idea was reasonable, but it delivered undesirable results. Baxter Flo-Gard was called into service, but because many nurses weren’t familiar with the older pumps, a series of errors were again reported, in that case though, it was a question of training rather than product malfunction.

If the problems ended (or would be ending) with the recall of the Colleague pump, everyone involved would just be counting down the days waiting for next July to come and go. Unfortunately, it’s not that simple. While the Colleague recall was one of the more significant actions in the sector, it was far from the only one.

The numbers
According to the FDA’s most recent numbers, more than 56,000 infusion pump problems have been reported, including 710 patient deaths. Those problems resulted in 87 recalls. However, that data was gathered between 2005 and 2009.

Since then, there have been at least a half-dozen recalls involving infusion pumps. Ironically, the SIGMA Spectrum was in that group with a recall initiated Sept. 15, 2010. The units were recalled because there was a risk of inaccurate flow conditions during use, ranging from back flow to over-infusion, including free flow, according to the FDA.
1(current)
2
3