Special report: Hospitals are on the mend 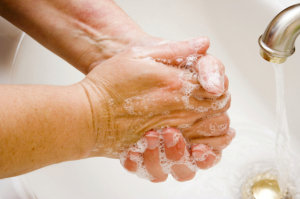 From the August 2011 issue of HealthCare Business News magazine

Most people enter a hospital assuming they will leave healed and disease-free. Unfortunately, for more than a million and a half patients a year, that is not the case. But the situation is improving and experts believe that 2012 will deliver much better results.

According to the Centers for Disease Control and Prevention, Health care-associated infections (HAIs), are one of the most common complications of hospital care. The best data available, released in 2002, suggests 1.7 million HAIs occur each year, resulting in approximately 99,000 deaths annually, says Dr. James I. Cleeman, senior medical officer, Center for Quality Improvement and Patient Safety Agency for Healthcare Research and Quality. Rates have gone down somewhat since then and the CDC estimates that currently one in 20 hospital patients get an HAI on any particular day.

HAIs affect patients in traditional hospital settings as well as outpatient surgery centers, long-term care facilities, rehabilitation centers and community clinics. As the AHQR points out, babies, the elderly and the seriously ill are at greatest risk; HAI rates in adult and pediatric intensive care units are approximately three times higher than elsewhere in the hospital.

And HAIs are nothing to sneeze at; they are one of the top 10 leading causes of death in the United States. The CDC estimates that HAIs cost the country between $28 billion and $33 billion a year in excess health care costs. “HAIs are deadly, costly and mostly preventable,” says Cleeman.

Part of the cost challenge for hospitals is that the Centers for Medicare & Medicaid Services has instituted a policy of refusing to reimburse hospitals for certain preventable infections, according to Mike Mitka of the American Medical Association). These non-reimbursables often include HAIs. There are signs private insurers are following suit.

Superman and superbugs
Part of the problem is the increase in bacteria that are resistant to antibiotics. “Unfortunately, we have less than optimal use of antibiotics,” says Cleeman. “Then, the bacteria become exposed to the antibiotics and build up a resistance to it. The broader spectrum the antibiotics,” he notes, “the greater the risk because it affects more types of bacteria.” Scientists refer to these super-bugs as Multi-Drug Resistant Organisms (MDROs).

Probably the two most well-known MDROs are MRSA, a staph infection, and Clostridium difficile, which come from receiving too many antibiotics. Both are notoriously difficult to treat.
1(current)
2
3
4
5