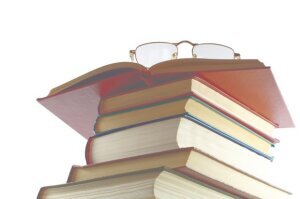 From the September 2011 issue of HealthCare Business News magazine

To meet growing needs in health care, colleges and universities are working hard to boost their number of graduates. On a national level, we’re producing more nurses and general practitioners, while the graduation rates of radiation technologists are remaining steady.

Nursing us back to health
The United States has been experiencing a nursing shortage since 1998. And with a growing population of older Americans, the trend continues with no end in sight. For instance, Wanted Analytics, a business intelligence firm, found that employers and staffing agencies posted more than 121,000 new job ads for registered nurses in May 2011, up 46 percent from a year earlier. The U.S. Department of Labor estimates that the country will need an additional 1.2 million nurses by 2014.

Fortunately, graduation numbers are up. According to the American Association of Colleges of Nursing (AACN), graduation from entry-level baccalaureate programs has risen 30.2 percent between 2005 and 2010; graduation of RN baccalaureate programs has increased by 63.3 percent; master’s graduates are up 55.3 percent and research-focused doctoral program graduates have risen 22 percent over the past five years. Interestingly, private sector colleges and universities account for 11 percent of all nursing graduates, according to the Association for Private Sector College and Universities.

It is noteworthy that colleges and universities have boosted their numbers of graduates in the face of a number of challenges. According to the Robert Wood Johnson Foundation, which with the AACN provides funding for nursing scholarships, the main barriers to expanding admission to BSN-RN programs are: budgetary constraints (cited by 32.3 percent of schools); lack of classroom space (47.5 percent), lack of clinical preceptors (31 percent), lack of clinical sites (60.8 percent), and lack of faculty (61.4 percent).