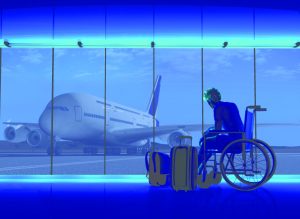 In 2007, Jonathan Reeder of Houston, Texas, received some troubling news after a routine exam. The results came back that his prostate numbers were too high—an early warning sign of cancer. His troubles didn’t end there. “I was between insurances and I couldn’t afford to pay full-fare for prostate removal,” recalls the now 68-year-old dentist.

Rather than delay the procedure and possibly put his health at risk, Reeder explored his options. He learned about WorldMed Assist, a medical travel facilitator, contacted the company and became a medical tourist. He made his arrangements and then headed to India, where he had his prostate successfully removed at the Apollo Hospital in Jubilee Hills, Hyderabad.

“It was a very positive experience . . . they treated me very well,” Reeder says, mentioning that he stayed in the presidential suite—the best accommodations in the hospital. His trip lasted about a week, during which time he was even able to do some sightseeing. He spent approximately $15,000 overall, 50 percent of what he would have spent in the United States, he estimates.

After returning home, Reeder received follow-up care from his local urologist. “I now have insurance, but if I were faced with the same set of circumstances, I wouldn’t hesitate [to do it again],” he says, referring to his experience with medical travel.

Background and statistics
As mentioned on the Medical Tourism Association website, millions of people travel abroad each year for medical care. Scott Edelstein, a health care counselor with the law firm Squire, Sanders and Dempsey, forecasts that the value of global medical tourism will increase from 60 billion dollars in 2006 to 100 billion dollars in 2012, the MTA website says.

As stated in a July 2011 Euromonitor International market report, “Global Medical Tourism Briefing: A Fast Growing Niche Market,” medical tourism accounts for less than 1 percent of the global tourism expenditure, although that amount is expected to grow in the coming years due to hikes in health care costs and an aging population.
1(current)
2
3
4