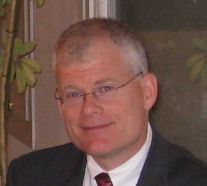 Rob Kerwin, IAMERS legal counsel
Robert Kerwin is the legal counsel for IAMERS, a trade association for diagnostic imaging equipment sales companies. I have been an IAMERS member since it was founded in 1993.

I've heard Rob Kerwin speak a number of times and I always look forward to it because he is very charming and he can make even a dry legal matter interesting.

Rob frequently offers advice to members regarding the drafting of sales contracts. He uses different examples to illustrate how not having a contract is ill-advised.

A common theme for Rob is that having a contract is always advisable even among friends. People forget, they misunderstand and two reasonable people can see the same issue differently.

I have learned a lot from Rob over the years and have applied it here at
DOTmed. Many times I am involved in helping to settle disputes, and at least half of the time there was no sales contract! It ends up as a "he said-he said" situation: when the terms are not written down on paper, it is hard to prove what was agreed to.

Rob's advice is to ALWAYS have a contract of sale and I am convinced he is right.

For instance, recently I was involved in a sale of equipment to Russia. The
U.S. seller was sure that the Russian buyer should pay tax in Russia. However, in Russia sellers always pay the tax when they sell something.

I did not discuss this matter with Rob, but I am sure that he would point out that a contract should have been in place that would have addressed who paid the tax.

The need for a comprehensive contract is something I know that these two parties will never forget!

IAMERS is having a meeting in April in Washington, D.C. and I imagine Rob will speak. If you are involved in the sale of diagnostic imaging gear, I encourage you to attend.