A lesson from Tom Freund of Oxford Instruments 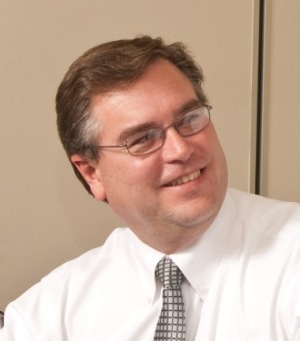 Tom Freund, general
manager of OI's service division
Many of you know Tom Freund. I predict more and more of you will come to know his way in the future.

Tom is the general manager of Oxford's service division and he is a personal friend of mine.

You may know that Oxford has manufactured magnets for MRIs sold by Siemens, Toshiba and Philips.

DOTmed has auctioned MRIs in the past, and I have had dealings with Tom both at DOTmed and at another company whose board I sit on. From my interactions with Tom, I've learned that he replies to you quickly. So one night, at a social event, I asked him, "What is going on that makes you such a superman?"

Tom told me that he makes an effort to try to answer every e-mail, return every phone call and react to customer requests the same day -- sometimes, if possible, as soon as he receives the email.

He said, "I generally know what needs to be done and there is no sense putting it off. Deal with it right now or as soon as you can."

I thought about my Inbox with hundreds of unanswered e-mails, e-mails that I knew what to say but I thought to myself, "This is not urgent and I will get back to it."

I thought about the people that might be disappointed in me if I answered in 10 days rather than right away.

Starting in January, I decided that I would try to be like Tom. I have tried to answer every e-mail and return every phone call in 24 hours or less. Instead of having 400 e-mails in my Inbox, I now have 30 on an average day.

I cannot tell you what a relief it is not to look at that Inbox and see hundreds of e-mails. I know that the people I deal with feel better about getting a fast answer.

There are a number of technical things I have learned from Tom Freund but I am ashamed to say that this lesson might have the greatest impact on my bottom line.