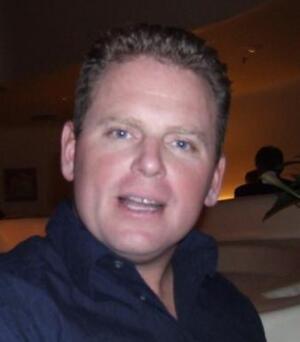 Dan Herbert with Laser Concepts
Yesterday, I spoke on the phone with Dan Herbert, national sales director of Laser Concepts. As we talked, he was driving across the state of Texas on his way to a client meeting.

Dan is in the laser business, so I asked him how it was going.

He shared some interesting statistical insights with me. He said he believes that about 85 percent of the lasers sold in the United States are sold in the aesthetics or cosmetic field while only 15 percent are used in surgical applications.

I asked Dan, "Isn't that industry suffering because the problems we are having in the economy?" and his response shocked me.

He said that even though the economy is bad, people still find money when it comes to their appearance. Interestingly enough, Dan theorizes that the demand for cosmetic lasers is the same but the supply of centers has gone down, so that the centers that remain in business are actually doing better.

I asked Dan if the demand has remained constant, why have so many aesthetic laser sites gone out of business?

His answer was "sound business practices." Dan explained that many companies saddled themselves with high lease payments and costly facilities and were generally extravagant and those firms could not cover their expenses. But the more conservative firms have remained in business and are prospering because they now have the bigger piece of the pie.

Dan said he is also very conservative about the companies he seeks out as clients. Because he sells every laser with a commitment to buy it back within the first year, he wants to be sure he is working with companies that are destined to succeed. Apparently, he has good judgment because he told me he has only bought back one machine in the last five years.