Phil weighs in on the Supreme Court hearings 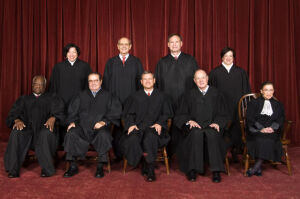 Today the U.S. Supreme Court wrapped up the third and final day of hearings on the "question of the moment" for those of us in health care: whether President Obama's health reform legislation is constitutional.

Based on the questions from the nine judges yesterday, many analysts now think the individual mandate, which requires citizens to get health insurance by 2014 or face a fine and is a lynchpin of the law, could be endangered. Apparently even Intrade.com, the betting site, has upped the odds of the individual mandate getting scuttled this year to 64 percent.

If the individual mandate goes, the whole thing might go if the justices don't think the mandate is "severable" from the rest of the law.

My company is a health care company. So it's no surprise my phone has been jumping off the hook from the calls I've been receiving from friends and clients about this. As with Bush vs. Gore, many people are worried, based on reports of the arguments, that the justices will play politics, and that when the decision comes later this summer, it will owe more to the ideology of the nine judges than to the merits of the law.

But I've also heard from friends who say this is the Supreme Court working the way it's supposed to. "I think it's going great," one friend said.

What I've noticed is this: if you don't like the Affordable Care Act and it gets struck down, you'll think the court based its decision on legal merits, not politics. But if you like the ACA, and it gets scrapped, you'll think it's just another sign of the increasing politicization of the court. (And vice versa, of course: if the ACA survives and you hate it, you'll blame politics. And if it passes and you back it, you'll say it's just the proper working of the law.)

I have my own thoughts on this. But I'm more interested in yours. Based on what you've seen, what do you think about how the court seems to be handling this? Let me know in the comments below.

The positive and negative of my COVID-19 testing experience Video

Recent headlines you should not miss Video