What is the future for mobile MRI & CT? 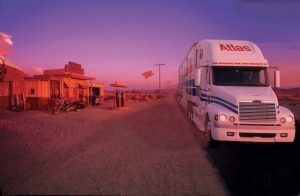 Some of you may have read the story Brendon Nafziger wrote about Oshkosh Specialty Vehicles no longer taking orders for medical trailers. It made me think about how the market for mobile MRI and mobile CT has changed.

In the past, hospitals could not afford their own MRI so they would share a mobile with another hospital nearby. The same was true of CT scanners.

However, that isn't the case anymore.

I made a few phone calls and I was told that in their heyday, trailer manufacturers would produce more than 200 trailers a year and now that number is less than 20, or so I am told.

More and more hospitals are buying their own MRI or working out a deal with a company to provide an MRI on a fee-for-scan basis. There are, at least, five companies including an OEM that are willing to install a scanner at your facility and charge on a fee-for-scan basis provided your hospital guarantees a certain minimum number of scans.

Prices have also dropped on new scanners, making them more affordable. The OEMs are even selling used machines at attractive prices to compete in the market that has historically been the exclusive territory of third-party companies.

Interestingly enough, the market for mobile systems in Western and, indeed, Eastern Europe remains strong. There are fewer mobile providers in Europe and more demand given the larger population.

I also have noticed that used mobile systems are selling for more money on our site (www.dotmed.com) and I assume that is also a factor of supply.

I predict at some point in the near future supply in the USA is not going to meet demand and when that day comes, it will be good for manufacturers that remain like Medical Coaches.