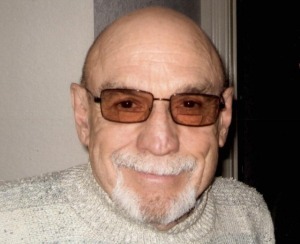 Robert L. Cottingham
My longtime friend Robert Lester Cottingham died in Phoenix on April 24th. He was 69 years old. Those of you who have been around for a while might have known Les. He worked for Kodak after the Navy and after Kodak started his own X-ray company in Phoenix. He was eventually bought out by a bigger company.

Les was a cowboy in all senses of the word. He dressed like a cowboy and he was a risk-taker like a cowboy. He was also a gentleman, and in many ways bigger than life: he had a lot of great connections and was known around the country as well.

He was one of the first used equipment dealers I ever met. He bought and sold equipment and also deinstalled, reinstalled and serviced it. When I was starting out as a young broker, Les was one of the guys who welcomed me into the business.

One time, Les and I and our wives went horseback riding and camping out in New Mexico. I watched Les start a fire without matches! Another cowboy story: he would go down into the Grand Canyon in a helicopter to service X-ray equipment.

He had a car accident while installing an X-ray system in Mexico and was almost killed. It slowed him down a little but not for long.

Those of you who knew him knew that Les was a man of his word, old-fashioned by today's standards. Now, if it is not in writing, it does not count.

Last year we needed some help and I called Les to see if he could help us. He followed up the next morning. That was Les; he was always there when you needed help.

I will miss him.