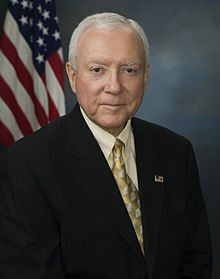 Orrin Hatch
Sen. Orrin Hatch said he would add an amendment to repeal an upcoming medical device excise tax into legislation to renew Food and Drug Administration user fees that the Senate is expected to tackle on Wednesday.

The so-called Hatch Amendment would overturn the 2.3 percent excise tax, called for by the Affordable Care Act and expected to raise close to $30 billion over 10 years to help pay for the cost of health reform.

Co-sponsors include a score of GOP senators, including Scott Brown, from Massachusetts, a med tech hub.

The FDA user fee bill, S. 3187, reauthorizes the program whereby the FDA collects fees from drug and device makers to help pay for the cost of product reviews. The new reauthorization also beefs up the agency's foreign factory inspection powers and speeds up the approval process for generic drugs, according to reports.

The Hill reported Wednesday morning that Senate Majority Leader Harry Reid, a Democrat from Nevada, said the Senate was close to a deal on the user fee bill, which had been held up previously by a number of controversial amendments, including one to extend national flood insurance.