Bill Masters Is Optimistic About the Future 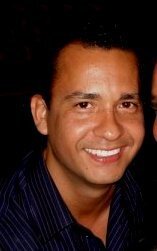 Bill Masters
Earlier this week, I visited on the telephone with Bill Masters of BMX-Ray Inc. After we concluded our business, the conversation turned to how things are going in the industry.

I am ashamed to admit, but I was not really familiar with Bill's company. Bill, together with his partner and company founder Max Ende, repairs equipment. It occurred to me that Bill might have a unique perspective as to whether or not the business of health care is improving.

Bill told me that their company is receiving more and more equipment for repair. To accommodate the demand, they have had to move in to larger quarters.

This would indicate to me that people are holding onto their equipment longer, so it's more in need of repairs.

Another interesting aspect about Bill and Max's business is that equipment repair companies are more common in some other countries.

Here in the United States, as we all know, there is a big spare parts business. People buy working systems and cannibalize them so they can supply spare parts. Some companies like AllParts or ReMedPar repair boards and components, but there are more firms selling parts than there are firms repairing equipment.

Interestingly, it is the opposite in Russia and China, where equipment repair companies are thick on the ground. On the surface, it might seem as though repairing equipment rather than replacing components is the sign of a bad economy, because people can't afford to buy new devices. But when I think back 40 years ago how many repair companies there were because there were not as many parts firms, I am not sure the growth in Bill's business is such a bad sign.