Are people waiting for the presidential election before they buy new equipment? 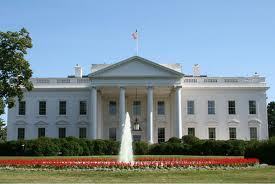 This week, I had breakfast with the CEO of a 12,000-employee hospital group and he told me they were putting off all of their equipment purchases until after the November elections. They felt that funds would be more available once people knew who our new president was going to be.

I did not get the impression from speaking with him that it mattered who
the president was going to be, just that we understood in which direction
the country was headed.

To see if others had noticed this trend, I called a couple of big players I know in the business and asked them if their sales were slowing down. One said yes and the other said no.

But I suspect more important than the presidential elections for our industry is actually what "the Supremes" do later this month. If the court decides against health care reform in its current shape, that will put us back at square one and certainly slow down sales. However, if the court accepts the current program for reform, it follows logically that more equipment will be sold.

I would love to know how many of you feel things will change based on what the Supremes do or the presidential election. Please comment below and be sure to take our new survey and tell us what you think.