Should you be worried by India's proposed secondhand capital equipment import ban? 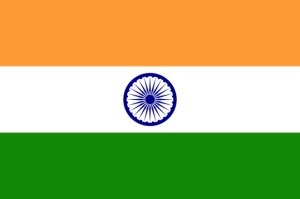 Proposed import ban doesn't
affect medical equipment -- for now.
A number of my Indian friends have brought to my attention some worrying news from their country: proposed regulations that could restrict the import of secondhand capital goods.

I spoke to Diana Upton at IAMERS, a trade group for third-party dealers and servicers, and she said the regulations, if they go through, don't apply to health care equipment. At least, not yet. For now, the rules apparently just cover machines over five years old that are used in construction or in textile manufacturing.

But Indian companies that import used medical equipment are worried that the rules will eventually cover them, too. If that happens, they fear it would be a death blow to their now thriving businesses.

Right now, some 21 countries restrict or outright forbid the import of used medical equipment, according to the U.S. Department of Commerce's most recent (2008) guide on the matter. Even so, everyone knows that plenty of equipment's still shipped to these countries, one way or another.

I expect if India extends the ban to medical equipment, the market will also survive.

In the past, it's true, India was seen as a dumping ground for inexpensive medical goods. But now there's some costly, high-end equipment being shipped there.

For instance, I know of at least one company that has sent 20 CT scanners this year, and another that has sent three 1.5-Tesla MRIs.

From what I can see, the market for used equipment will remain active in India because it's important for the country. There are many Indian service companies and personnel, and the numbers grow every year. The country also experiences high demand for used equipment, because not all hospitals and clinics can afford new ones.

I really don't see the used market going away any time soon.