Americans think ACA good for the sick, not so good for doctors: Gallup 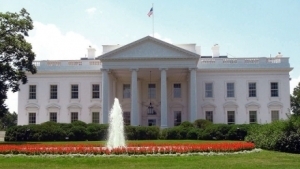 The Affordable Care Act, recently spared by the U.S. Supreme Court, is good for the sick and the uninsured, but not so good for everyone else, including doctors -- at least, that's what a lot of Americans think, according to a new Gallup poll.

About 59 percent of respondents to the telephone poll, which surveyed nearly 1,000 U.S. adults, said health reform would make things better for the uninsured, and 55 percent said it would improve the lives of those who are sick.

Unsurprisingly, Republicans had the gloomiest predictions for the ACA. While majorities of both Democrats and independents said health reform would be good for at least the sick and uninsured, only 28 percent of Republicans said it would help the ill and 45 percent those without insurance. In general, there was a sharp party-line split, with Democrats thinking the bill would benefit everybody.

The poll is based on interviews with 1,004 adults conducted from July 9 through 12. The margin of error is 4 percentage points.