The Mexican Medical Devices Sector
With roughly 113 million inhabitants, Mexico is the third most populated country of the Americas and the fourth highest in terms of total GDP (purchasing power parity). In terms of the utilization of health services, according to the World Health Organization (WHO) Mexicans enjoy sound health coverage, with an average utilization of health services that is above the regional figures. Based on the WHO’s data Mexico’s investment in health services accounts for 6.5 percent of its total GDP, representing about $846 per capita, one of the highest amongst Latin-American nations.

The steady growth of Mexico’s population, the 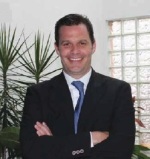 increasing incidence of cardiovascular and other chronic afflictions, and the rising public and private investment in health care infrastructure are all factors contributing to the development of the medical devices market in the country. During the period 2003 to 2010 the Mexican health industry grew at an annual rate of 11.4 percent. According to the Mexican national statistic body, the National Institute of Statistics and Geography, the manufacturing of medical devices in the country reached a total value of 5.066 billion dollars in 2009, providing employment for 100,000 Mexicans. According to data from the Mexican Secretariat of Economy, the foreign direct investment on the sector stretched to 927.5 million dollars from 1999 to 2010. “Mexico is well established as a manufacturing centre for medical equipment, said Giovanni Sierra, business development and sales director of Alandra medical, a Mexican company that focuses on medical trials and medical device development. “In fact, if there are two manufacturing sectors well developed in Mexico, they are aeronautics and medical devices.” The strength of the country’s medical devices industry is attested to by the vast presence of international companies.

The massive presence of foreign medical devices firms in the country can be explained by various key factors. In terms of production costs, Mexico is one of the most competitive countries worldwide. According to a study from Alix Partners, while manufacturing costs for the medical devices industry are six percent lower in China than in the U.S., the average cost of producing in Mexico is an impressive 25 percent less than the cost to produce in the U.S.. Moreover, Mexico is one of the most open economies to foreign trade in the world; its foreign trade accounts for 58 percent of its GNP and for 40 percent of Latin-American international exchanges. Indeed, through more than 40 free trade agreements (NAFTA being the best known) Mexico has direct access to a market of more than 1 billion consumers representing 68 percent of global GNP. It is no surprise that the World Bank (in the Doing Business 2012 report) ranks Mexico as the sixth most attractive country in the region for foreign investors. The absolute respect for international standards on intellectual property rights, added to the excellent preparation of its medical professionals and engineers and the importance of its home market, put the finishing touches on the position of Mexico as an ideal location for the development of the medical devices’ industry. Today, the country ranks fifth in global export of medical devices.
1(current)
2
3
4
5
6
7
8
9
10
11