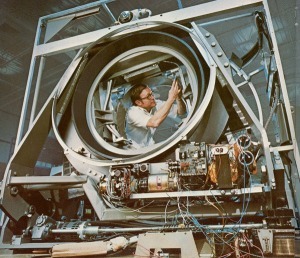 For dealers of secondhand medical equipment, the truth can be contained in three simple words: Regulations are coming.

A soon-to-be-levied medical device excise tax and import restrictions are familiar concerns for the reseller market. But some experts think rules governing a new medical device tracking system, involving the unique device identifier, or UDI, might have an effect on the industry, particularly for refurbishers.

"My own personal opinion is that this is the methodology by which regulation will be easy to enforce," said Diana Upton, president of International Association of Medical Equipment Remarketers and Servicers, or IAMERS, an industry lobby, during a recent interview.

Partly in response to congressional pressure, the Food and Drug Administration released its proposed UDI rules in early July. The UDI plan has two main parts: specifications for labeling to appear on devices, and the creation of a database to allow providers or regulators to track products throughout the supply chain.

Patient and consumer advocates have long championed the UDI, as they say it'll enable the FDA to better keep tabs on devices in the market. And supply chain experts also think it could help hospital materials managers organize their inventory and prevent their shelves from getting cluttered with expired products.

But while consumer advocates might like it, the rule's effect on the capital medical equipment reseller market is murky. IAMERS general counsel Robert Kerwin is using the rule's 120-day comment period to discover how it might impact resellers, if at all. One concern is that companies that refurbish devices could have to deal with labeling changes when they swap out parts, depending on how the UDI is implemented.

And remember, increased costs or regulatory challenges for resellers mean some will close down or raise their prices. At the end of the day, this affects providers and hospitals, too, as they might have to spend more, or have fewer options, when buying parts and equipment.

So to find out more about the UDI rule and other regulatory challenges facing dealers, DOTmed spoke with Upton and Casper Uldriks, a man very familiar with the inner working of the FDA. After joining the agency in 1978, Uldriks went on to become associate director for Regulatory Guidance and Government Affairs at the FDA's Center for Devices and Radiological Health. He now practices law with Olsson Frank Weeda Terman Matz PC in Washington, D.C.