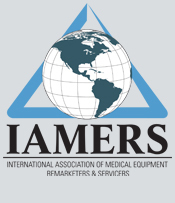 As promised last week here is a report on the IAMERS meeting in Florence.

I have strong feelings about the way the market is evolving in Europe and I will share those feelings here.

I know people think of IAMERS' meetings as networking opportunities. That's true, they are, but they also have educational sessions. And in the case of Florence, this meeting acted as a catalyst to bring together in one place a large number of European dealers, service firms and parts vendors.

Never before have I seen so many European independents in the same room at the same time. By no means were all of the European players present but the group was impressive.

Europe is a harder place to do business than the U.S. Things cost more and each country has its own rules and regulations. Many Americas think the European Union or the Euro Zone make it easier to trade amongst member countries. But there are still languages and cultural differences that make it harder (but not impossible) to sell across borders. Further, only recently, as a result of the world financial crisis, have end-users cared about saving money or maximizing the value they realize on surplus assets.

All that has changed now and there is new enthusiasm in Europe for independent sales and service.

Many European business people consider those who live and work in the USA to be slightly comic figures -- cowboys and cowgirls who succeed, in spite of ourselves, because of our business-friendly free market. But that view is changing. Increasingly, European dealers are willing to learn about what we do in the U.S. so that they can adapt our strategies to their unique market.

The IAMERS meeting gave both American and Europeans the chance to exchange ideas and learn from each other. Indeed, many of the American cowboys and cowgirls present at the meeting also believe that the market in Europe is changing -- and they want to be part of it.

To her credit, Diana Upton, the president of IAMERS, has continued to follow an agenda of promoting IAMERS in Europe and fostering dialog between the players on both side of the Atlantic. She puts together a great meeting and people have fun while they network. The sessions are interesting, the food is good and there are even events for the spouses.
1(current)
2