How does Calscan deal with changes in the market? 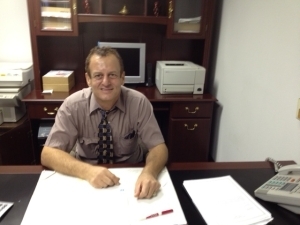 James and I have been friends for more than 20 years. Although I've seen many companies come and go, James has always been someone I could count on.

When we spoke, I asked him how he's dealing with all the big changes in the medical equipment market.

He said, "Phil, I've been around a long time. And I've stayed in business because I've innovated. Lately, though, it's become even harder to innovate. I've had to put more emphasis on CT and PET, because the helium shortage makes it harder for me to service MRI.

"I've also had to look outside for new customers. Many of my clients I had in the past have grown and prospered, despite the economic problems, and they have purchased new equipment, so they don't need my independent service.

"I've also had to go and do business in Mexico, which is a growing market for MRI and CT, and where the demand (for service providers) is much higher than the supply.

"I've also had to sell parts. In the past, I stocked parts only for my own service, but now I've had to innovate and sell parts for other people."

When I asked him if he's optimistic for the future, he told me he is, because lately he has seen an uptick in the number of calls from end users and people asking for help.

One thing Fower has going for him is he has a great team. I enjoyed meeting the staff at Calscan, especially the lovely Iliana Quintero. That was a real treat for me because when I call, I know Iliana is going to pick up the phone and take care of me, so it was a pleasure to meet her.