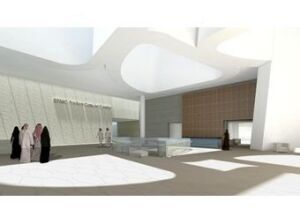 The center, to be jointly built in the kingdom's capital with Al Latifa Trading and Contracting, a Saudi construction company, could be one of the first such treatment centers in the Middle East.

HLG's subsidiary, Leighton Middle East Contracting, won the bid for the contract on the center, to be constructed in King Fahad Medical City, a massive hospital complex in Riyadh. HLG is a member of the Leighton Group, an $18 billion Australian project development giant.

This is HLG's second award for King Fahad Medical City work — in September, the firm announced it inked a $314.6 million deal to help build new additions to the medical city.

HLG said the three-floor proton center would have two basement levels and a "striking" ground floor entrance. The center would be connected to the main hospital campus and a "Central Services Building," also in development, that will supply electrical and mechanical services to the medical city, HLG said.

HLG said the company would first create a 3-D model of the project before beginning actual construction, likely later this year, to ensure the smooth coordination of subcontractors. The group expects the center be completed, including installation and commissioning of the medical equipment, in 18 months.

Currently, no proton therapy centers operate in the Middle East, although at least one another is in development — a $150 million project in Qatar, worked on by SAH Global. The builders of that center say it's also expected to be finished by around 2014.