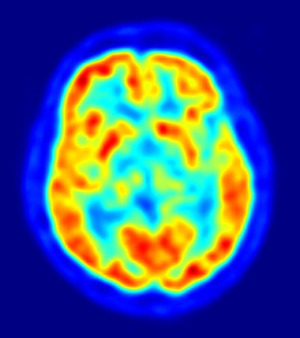 "Until its solid biological basis is found, any attempt to use brain imaging to diagnose autism will be futile," he said in the article published online on Halloween.

For instance, he cited a study published in the May issue of Radiology that correctly identified 36 of 39 children with autism using functional MRI scans by showing lower activity in a region of the brain involved with language processing. But Lange said you don't need a brain scan to detect language deficits, which are in any case not exclusive to autism.

"[A] technology that detects language problems doesn't move the ball towards a differential diagnosis," he said.

He did say, however, that studies relying on scans have been useful in improving our understanding of the disorder. For instance, volumetric MRI scans have shown abnormal early enlargement of the brain in children with autism, while PET scans have shown differences in distribution of receptors to the neurotransmitters dopamine and serotonin. (Elevated blood serotonin levels is one of the few potential physical markers of autism, Lange noted, however it is also not exclusive to the condition.)

Lange suggested that longer-term, multi-center trials are needed to get a handle on all the physical differences in people with autism spectrum disorders, from neurochemistry to the immune system.

Autism spectrum disorders affect about one out of 88 children in the United States, according to the Centers for Disease Control and Prevention.