Fewer complaints is a good thing 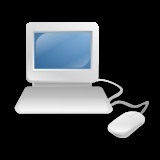 I started out my career as a sales person, but in my current position I sometimes feel like I'm more involved in customer service.

One of the things I do when I provide customer service is to help settle disputes. Over the years, I've helped to settle all sorts of disputes between our users. Most of our users are reasonable. Most of them work things out, especially when I ask them to consider how their father or mother would deal with a similar issue. Most people take the high road.

Why are there fewer complaints? I attribute this to the broad reach of the internet because it's not possible anymore to do something and not have the whole world find out about it.

This doesn't mean we can leave our front door unlocked or the keys in the car like my father did, but it's definitely a good sign for 2013 and another reason to be optimistic.