Price transparency fails to rein in imaging use 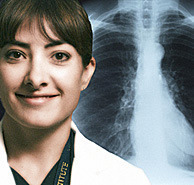 Would revealing the cost of an imaging test, such as a CT scan or ultrasound, to an ordering physician dissuade the doctor from demanding the test? Probably not, according to a new study published online in the Journal of the American College of Radiology.

Pricey medical imaging exams are often clinically necessary and can help save lives, but imaging's torrid growth through much of the early 2000s (which has since leveled off) worked to spur researchers to look for ways to control utilization.

One approach, clinical decision support systems, which advise physicians on whether the tests they're ordering are appropriate, has been shown to curb imaging by as much as 27 percent for some indications, according to the study. And price transparency — or informing doctors of a test's cost at the moment of ordering — has curbed utilization of some lab tests by a similar amount.

But researchers with Johns Hopkins University School of Medicine in Baltimore, Md., found that whatever its effect on lab tests, price transparency appears to have almost no effect on imaging utilization.

"I think that we fully recognized this was a very basic intervention," he told DOTmed News. "There was really no education surrounding it."

In the study, researchers identified the 10 most commonly ordered imaging tests in 2007 at their institution, and then randomly divided them into two groups. Five of the tests, anteroposterior chest and abdominal X-rays, head CT, and renal and vascular ultrasound, were slotted to appear in the "active cost display group." Here, when a doctor called for a test in that group using the hospital's computerized order entry system, the price of the test would pop up.

Five other tests, ultrasound extremity, posteroanterior and lateral chest X-ray, CT abdomen with contrast, CT chest with contrast and abdominal ultrasound, were put in the control group. Here, no cost would be shown to ordering physicians.

Brotman said the study had to randomize at the test, and not the provider level. This was both because of the way their IT system was set up and because in a teaching hospital doctors and residents frequently shift teams, so you couldn't control for someone having seen a test price before earlier in the study.

"You can't randomize at the ordering level effectively because people have memories," he said.

Each test group was monitored without the cost being shown for six months, from November 2008 to May 2009, to establish a baseline. They were monitored again in November 2009 to May 2010, with the five tests in the active group having their costs displayed.
1(current)
2