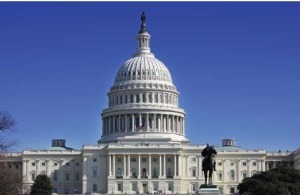 From the January/February 2013 issue of HealthCare Business News magazine

In 2014, hospital CIOs and physicians will need to join in on the health IT revolution if they want to meet meaningful use stage 2 initiatives. While meaningful use stage 1 focused largely on setting up or upgrading electronic health records, stage 2 requires facilities to show that those implemented systems are actually being utilized properly. Originally slated for enforcement in 2013, the federal government released the final rules for stage 2 meaningful use on Sept. 4, 2012, announcing that the rules will not go into effect until 2014. Starting in 2015, providers will face the threat of Medicare payment penalties if they are not meeting the requirements.

The meaningful use program was begun to encourage information technology updates in a field often seen as being behind the times. The introduction of stage 1 was met with some success — in 2011, 39 percent of eligible hospitals were awarded a total of $1.7 billion in Medicaid EHR incentives for meaningful use, according to a Government Accountability Office report. Thirty-three percent of eligible medical professionals received incentives. While those numbers show utilization requirements being met from less than half of eligible groups, that’s still an improvement in health IT implementation in just a few years — in 2009, 78 percent of office-based physicians and 91 percent of hospitals had not adopted EHRs at all.

Stage 2 brings benefits, especially for patients, but initiatives like requiring patients to view their records online has many providers worried. So whether a facility sailed or struggled through stage 1, they’re still unlikely to have an easy time of dealing with stage 2, health IT experts say.

The second stage of meaningful use: apprehension
Many facilities feel some apprehension about stage 2 requirements, according to a recent poll from the auditing firm KPMG. Forty-seven percent of hospital and health system business leaders said they were somewhat confident in their level of readiness to meet stage 2 requirements. Thirty-six percent said they were confident, while 4 percent said they were not at all confident. Eleven percent of those surveyed said they didn’t know what their level of readiness was – not a promising response.

Based on the survey, it seems that most hospitals are more worried about staff training than technology. Only 6 percent cited vendor availability of appropriate certified technology as their top concern, while 29 percent selected training and change management. Twelve percent said they were concerned about their lack of a dedicated MU team.
1(current)
2
3