A visit to a community hospital near the Ugandan border 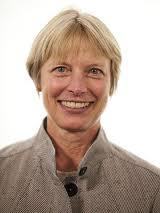 Anne Bugge
At DOTmed's RSNA breakfast back in 2011, an annual event where we take the time to thank the press contacts who have helped our news operation, one of our public relations consultants introduced me to a woman named Anne Bugge. At the time, Anne was in charge of corporate marketing and investor communications worldwide at SonoSite, a point-of-care ultrasound maker and a subsidiary of FUJIFILM. I've kept in contact with Anne since the RSNA breakfast and was recently informed that she left the company so that she could make a 60 day visit to seven countries in equatorial Africa. Anne felt that her unique medical technology knowledge could have an impact on improving health care in Africa, and also give her some perspective that might be useful back home.

I was so impressed with Anne's humanitarian spirit and selfless nature that I asked her to keep me informed and share her story. Here's the first installment.

Anne wrote to me saying that she arrived in Nairobi on January 24. Over the weekend, she visited a community hospital near the Ugandan border that she said had an amazing maternal health clinic. I'd like to share an excerpt from her letter:

"The 25-bed hospital is partially staffed by rotating U.S. post-graduate nursing and physicians. It's an incredibly idyllic setting but the poverty of the surrounding area is inescapable. Even so, people are very, very friendly. When I asked about the needs of the hospital, it's pretty much everything. They are short on supplies of all kinds, even sheets and towels, and staff. I toured the hospital and saw broken incubators and other types of equipment. Most U.S. equipment does not work well in these settings because they are complex, cannot tolerate the power surges and can't operate on battery. I am struggling with how to tell this story because I in no way want to sound critical of what I am seeing. People are working very, very hard. The fact that there is a hospital in this community at all is hope and that it is attracting overseas help means that its future will be better."