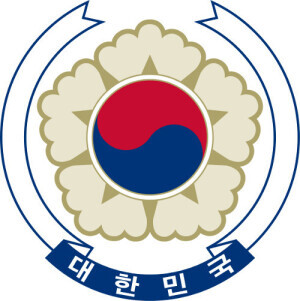 Oxford Instruments' service division received a nod from the South Korean government to sell refurbished CT and MRI scanners and parts in the Asian country after a stringent, four-year review, the British engineering firm announced Wednesday.

Oxford's Deerfield, Fla.-based service section, OiService, got the blessings of South Korea's Food and Drug Administration to import the refurbished, GE-manufactured equipment, which, as required by local laws, will be sold through a local partner. That partner, a company called GMR, has offices in Seoul and Pusan, and will also provide services for the imported equipment.

South Korea, home to some 49 million souls, has a rigorous process for approving imports of refurbished medical equipment, OiService said. The country had in fact banned imports of used and refurbished equipment until July 1997, according to a U.S. Department of Commerce document.

"The bar has been raised really high," Robert Costa, director of global sales for Oxford, told DOTmed News. "It's not one of those things where you can just sign a couple of documents and off you go. It's very, very strict."

Costa said the process was so strict it took nearly four years before they received the go-ahead from the Korean government. First, just to be eligible, Oxford had to qualify for ISO 13485 certification, which covers the goods manufacturing process for refurbishing equipment. Later, as part of the approval process, three agents from the Korean FDA and one from its CE mark group visited OiService's U.S. factories in California and Florida for a week and a half long audit. And it's still not over. Costa said the Korean FDA can perform yearly or bi-yearly audits for the length of the approval, which expires in August 2015.

Why go through all the trouble? OiService said there's demand for refurbished "big iron" in Korea, especially among the country's private health care sector, which accounts for a minority of health care spending in South Korea.

Overall, Korea, the 40th richest country in the world (by GDP per capita), is a mid-ranked country for health expenditures, spending about 6.9 percent of its GDP on health care, or less than half of what the figure is in U.S., according to the CIA World Factbook. Still, it spends more of its GDP on health than all of the "Asian Tigers," according to a recent Espicom report.

In a 2008 publication, Global Import Regulations for Pre-Owned Medical Devices, the U.S. Department of Commerce said the Korean market for used and refurbished devices was small but on the rise, particularly around name-brand CT, MRI, mammography and high-end ultrasound equipment. Between 2004 and 2006, Korea imported at least 34 used CT scanners, according to Korea Medical Devices Industry Association figures cited in the report.