World Health Congress 2013: The future of health IT 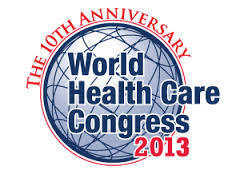 The future of health information technology may lie in the hands of patients. Panelists at the World Health Congress on Tuesday hashed out the challenges of disjointed health information and predicted what form the elusive universal health record will take — and if that's up to patients.

The first speaker, Bryan Sivak from Health and Human Services, spoke about the Blue Button initiative that allows patients to view online and download their personal health records. Blue Button+, a new initiative, encourages developers and EHR vendors to create apps that will allow patients to view information in different formats.

"We're making sure all of that data is available and machine readable," Sivak said.

When the moderator asked whether there has been evidence of engagement thanks to the initiative, he said that there have been one million downloads from Blue Button, and that he's begun to see some useful apps being developed.

After the presentations, an audience member asked whether it would take government intervention to create a universal health record.

"What is a universal health record?" Sivak said. "If you think of it as a bunch of pieces of data, then I think we have tried to stimulate the market to think of it that way."

Geeta Nayyar, M.D., the Chief Medical Information Officer at AT&T said the solution lies with patient engagement. She said a patient would simply need to be able to bring along his information to share with his doctor.

"The patient doesn't need to know exactly how a CT scan works, but if at the end of the day, the patient can present the meaningful parts of his information, that's all we're talking about," she said.