IAMERS celebrates 20 years with a meeting in New York City 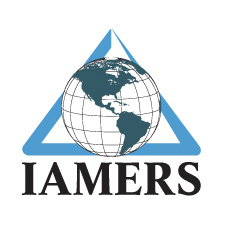 I can still remember 20 years ago when Dave Band called me on the phone to invite me to a meeting in Chicago to talk about forming an association of independent dealers and service companies. Of course I went. That was the beginning of IAMERS.

Note that I said he called me on the phone because there was no e-mail. Much has changed since then. Not only does Dave Band use e-mail, but there are now more dealers in the business than I ever would have believed possible. The association has also grown significantly.

How many people remember who the past presidents of IAMERS were?

Dave Band served several terms but was replaced by Tom Norman, a former Ziegler Leasing employee (Ziegler was bought by GE). Greg Weiner served for a brief period but had to leave for personal reasons. Then came Don Bogutski, my personal friend. I served on the board for Don as the chairman of membership and charity. After Don there was Woody Whetstone who unfortunately passed away. Now, Diana Upton works tirelessly for the association and is committed to its success.

Several IAMERS members came in early to the city for the meeting and about 25 of us got together for dinner Tuesday night. The meeting officially gets underway on Wednesday for those of you who are not aware.

I was impressed with how many people in the business 20 years ago are still in the business now and also how new companies to the industry remind me so much of those who have been around for a while. Over the years, I've seen many companies and individuals fail because it's a difficult business: You have to have a random access memory and the drive to work long hours and think outside the box. You have to have the ability to pay for your mistakes if you make them and use all of your brain power to avoid mistakes. You also have to never forget to keep your word so people can trust you and give you credit when you need it.

It really is a good association and a great bunch of people. I've decided to have a little party for the members who are here visiting New York City, so I may post some pictures next week.

In the meantime, if you haven't looked at IAMERS, it might be a good time to do it now.