My view about the Affordable Care Act 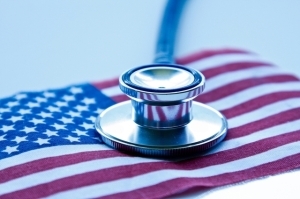 On Sunday morning, I was watching the news while I was on the exercise machine. A commentator quoted a survey that suggested more than half of Americans don't understand the Affordable Care Act, and more than 60 percent don't understand how it will impact them.

I decided to take a little survey in my office building of 30 floors. If you know me, you know I'm a friendly guy so I have been asking everyone I ride the elevator with if they understand the Affordable Care Act.

Even though New York City is a liberal town, the Financial District, where our office is located, is rather conservative. Most of the people I spoke with were quick to blame President Obama for screwing up our health care system. However, few of them had any idea about the components of the law -- mainly the health insurance exchanges, accountable care organizations (ACOs), and the expansion of Medicaid. And not one person knew how insurers would deal with pre-existing medical conditions under the new law.

To do our part to educate readers, in the coming weeks we'll try our best to explain how health care is going to change and how it will impact you.

As a business person, I've lived through several major shifts, and each represents an opportunity for me to grow my business. I believe there is going to be an opportunity to add value, provide a valuable service and earn money in a new health care environment.