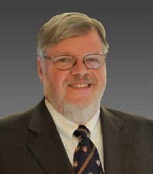 This year marks the 60th anniversary of the SNMMI Annual Meeting. The society’s first meeting—a small regional gathering in the state of Washington—was held in 1953, a year before the society was formally created.

Highlights of the show include scientific results and data on cutting-edge nuclear probe development and uses for new instrumentation—further advancements in the use of hybrid PET/MRI, for example. There will also be many scientific and educational presentations on optical imaging—one of the hottest topics in the field right now—some of which examine the role of optical imaging in relation to imaging probes.

The meeting will feature a special session honoring the passing of much-respected nuclear visionary and pioneer Henry N. Wagner, Jr., who passed away in the fall. On Sunday June 9th, Val Lewington, honorary consultant in nuclear medicine for Guy’s & St. Thomas’ National Health Service Foundation Trust in London will present the Henry N. Wagner Jr. Lecture, “Moving Molecular Radiotherapy into the Mainstream: Have We Reached the Tipping Point?” at the opening plenary session.

The show will feature approximately 80 CE sessions for physicians and another 30 for the technologists. On Saturday there will be 11 categorical seminars—each a six-hour program on a particular topic. During the meeting, there will be more than 100 oral presentations covering some of the most popular scientific papers. Meanwhile, 1,200 scientific posters will be on display in the poster halls. In the exhibit hall, more than 150 companies will be showcasing the newest commercially available technology.

The society has a diverse membership made up of technologists, physicians, physicists, and radiologists and endeavors to reflect that in its leadership. In fact, it has a tradition every four years of electing a president that isn’t a physician, and this year, that president is nuclear physicist Dr. Frederic H. Fahey. Fahey set aside some time to speak with DOTmed Business News about the upcoming show, his goals as president and the challenges that the society plans to lead its members through in the future.

DMBN: Show attendance has been down at RSNA – what do you anticipate for show attendance for this year and beyond?
FF: You never know if bad attendance is due to a particular site or a sign of the times, but three or four years ago we saw a dip after the economic downturn in our attendance. On the other hand, last year’s meeting in Miami Beach was one of the most successful meetings attendance-wise that we’ve had in the last ten years. In the last couple days I’ve seen figures that show we’re right on budget, maybe a little bit above budget—not quite as high as last year’s, but pretty good.
1(current)
2
3