Q&A with a U.S. Army biomed 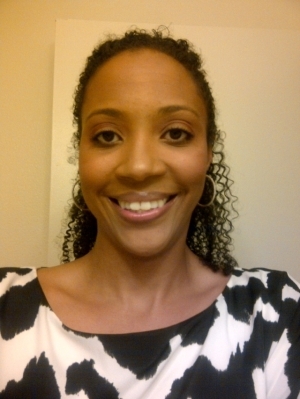 Michelle James
In honor of Healthcare Technology Management Week taking place May 19-25, DOTmed News spoke with one biomed who trained and served in the U.S. Army. Starting this week, she's back in the civilian sector working at a new job as a biomed at Emory University Hospital in Atlanta. DOTmed News spoke with Michelle James about her unique career path. Here's an edited version of the conversation.

DMN: I did not know the U.S. Army offered biomed training. Can you give me a brief overview of your experience training as a biomed in the U.S. Army?
MJ: The school was in Wichita Falls, Texas at the Sheppard Air Force Base. It's navy, army and air force all together. It's two blocks of technical training on the computer — learning about things like transmitters and resisters on the component level, and in the second block you work hands-on with equipment, along with understanding medical terminology for 11 months.

DMN: What did you do after training?
MJ: After training, I came home to my unit and I got my first biomed job at Spalding Regional Medical Center in Griffin, Georgia. I worked there for a couple of months and then I went to Hill Air Force Base in Utah and worked there at the army depot. But as soon as I got situated I got deployed.

DMN: What was your experience like in Qatar?
MJ: Qatar was interesting. It was my first deployment and the first time out of the country and with strangers because the unit I was deployed with was not my unit. But the special part about being a biomed is that our world is small so all the biomeds on the deployment I knew already — they were classmates and friends. I worked on the night schedule. I'd go to work at 3 p.m. and work until 9 p.m. at night with one day off a week. It was like having a regular job but in another country for 10 months. I was stationed in Camp As Sayliyah in Doha. It's like a depot where they have a biomed shop.

DMN: Why did you decide to pursue this path in the first place?
MJ: I graduated from college in 1999 and moved to Atlanta and wanted to work as a physical therapist. I got the opportunity to work at Morehouse College but they didn't give me a full contract. So I left and did other jobs — bank teller, guest service representative, waitress — and then I had my daughter and I said I need to settle down. One weekend a girlfriend from college came over. She's in the marines and has done four to five deployments and I thought why didn't I make the same decision? She told me her uncle was an army recruiter and I agreed to talk to him.

For the most part it was my daughter who made me change my life and get serious, and I also wanted something that would challenge me. When I started looking at job opportunities available to me in the military, at first I didn't know what a biomed was. Then I watched the video that explains it and I thought it seemed fun and challenging too (I was not mechanically inclined at this point). So my mom agreed to help me with my daughter while I went away to training.
1(current)
2