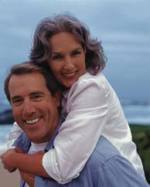 A healthy heart
A healthy life
As reported on Reuters.com By Amanda Beck:

WASHINGTON (Reuters) - Even men who take medication for high blood pressure or cholesterol can dramatically cut their risk of heart disease by adopting a healthy lifestyle, U.S. researchers reported on Monday.

Middle-aged men on these medications can reduce their chances of heart problems by 57 percent by eating right, not smoking, drinking in moderation and maintaining a healthy weight while exercising regularly, the researchers said.

Those who do not take the drugs can cut their risk of heart ailments by 87 percent if they adopt these lifestyle choices.

"This shows there's no substitute for a healthy lifestyle," said Stephanie Chiuve, lead author of the study to be published in Circulation: Journal of The American Heart Association.

The study tracked 43,000 men between 40 and 75 who were free of diabetes, heart disease and other chronic conditions when the study began in 1986. They completed biannual questionnaires and researchers used the data to tease out correlations between heart disease and lifestyle habits.

The benefits of the healthy habits were apparent even if they were adopted over time.

"In other words, it's never to late to change," said Chiuve. "You can still achieve benefits if you make changes in middle age or later in life."

Men with the lowest risk of heart disease were those who practiced all five healthy habits, but not smoking alone reduced the risk of heart problems by 50 percent, she said.